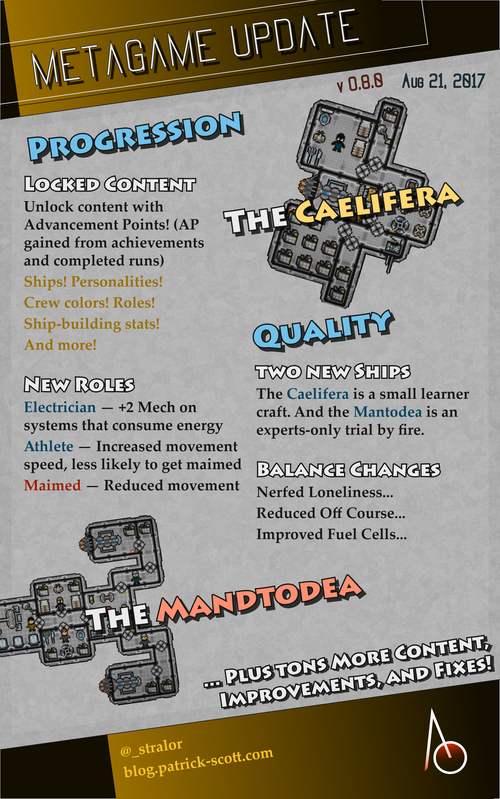 This has been a whirlwind to make.

The imminent update brings a ton of overhauls and metagame progression, in addition to new content.

Expect a tutorial revamp and even more content in the next updates. Until then, enjoy!

Side note: Destination Ares' price will now be rising to it's release level, in anticipation of the upcoming launch. :)

Fixes and Quality of Life Improvements